Nebraska is one Step Closer to Legalizing Hemp Nebraska may soon legalize hemp and hemp farming. Last month, the Nebraska Hemp Act garnering a vote of 37-4 in its first round of approval. If successful, this bill would legalize industrial hemp and its products, including cannabidiol (CBD).

State Senator Justine Wayne of Omaha, who supports Legislative Bill 657, said the bill is an income-generating opportunity and paves the way for the creation of jobs related to hemp and hemp farming in Nebraska. He also noted that hemp processing facilities will be set up in North Omaha district.

With the looming misconception of marijuana, the Senator made it clear that the state will only be dealing with hemp and cannabis varieties that contain less than 0.3% of tetrahydrocannabinol (THC).

Sen. Wayne has partnered with Gov. Pete Ricket's administration to promote LB 657. Ricket, as well as the State Department of Agriculture and the Nebraska State Patrol, had been opposed to hemp's legalization in the past.

Speaking on the change in the position of the administration, Ricket's spokesman, Taylor Gage, explained that Nebraska is moving in the same direction as other states in terms of legalizing hemp and considers the bill as "a regulatory framework in response to federal action."

The number of farmers in Nebraska who want to venture into hemp farming is reportedly increasing.

"If there is interest in it and demand for it, we need to be able to meet it," Ansley Mick of the Nebraska Farm Bureau said.

Sen. Wayne mentioned that several investors have already come to Nebraska to support the idea of industrial hemp farming.

"It's about production for me. Three investors and companies are looking at this area and looking at the quality of hemp that could be grown here. And it's not just Omaha. It's Imperial and Gering, Nebraska,” he said.

Despite the 37-4 vote, Nebraska lawmakers are still cautious about the direction of the legalization of hemp.

“If we thought there was a chance of confusion (between hemp and marijuana), I don't think we would be supporting that,” Mick said.

"It still concerns me... It won't be the answer to all of our problems. This is a slippery slope. It's one of the first steps in legalizing marijuana,” said Sen. John Lowe of Kearney.

Meanwhile, if Nebraska does not legalize hemp, companies may look elsewhere to venture into the hemp business. Bastcore, a multibillion-dollar company that employs farmers across the country, sees potential in Nebraska becoming one of the two major hemp plantations in the country.

“It’s difficult for me to make a case to stay in Nebraska if I have to import from other states and bring it in…" John Lupien, the founder of Bastcore, said.

Lupien wants to venture into using industrial hemp to make clothes and has been in contact with clothing companies like Patagonia and VF Corporation. If this business plan pulls through, the move could become a historic as it would create the first US-grown and processed hemp fabric. 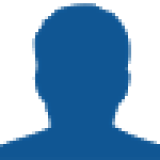 Great news in the industry! and with Texas legalizing CBD and Hemp earlier this week, the industry gains more and more acceptance and mainstream. Thanks for the review and highlights

Comments will be approved before showing up. Learn About the Benefits of CBD Oil in Your Life

Many people can benefit from using CBD oil, so if you're looking for CBD oil for sale, look no further. The best CBD oil can help you manage pain, anxiety and other health conditions. A Natural Remedy Coming into its Own

Although cannabidiol has been used in many cultures for centuries, it is just coming into its own in the American marketplace. Often referred to simply as CBD, this product is just one of the 104 known chemical compounds found in the marijuana plant. Collectively known as cannabinoids, there is no psychoactive component to CBD. This means the product does not produce the “high” associated with its related cannabinoid, THC. CBD Benefits: A Look at CBD as a Potential Digestive Aid

Stomach aches, diarrhea, nausea—most of us have had problems with our digestive system at certain times, but for some people, problems with digestion can be so severe that they impede upon their lives in the most challenging ways. Digestive issues actually silently plague many people across the country, some of whom have been diagnosed with things like chronic inflammation of the bowels and digestive tract.